Young people, especially those from working-class backgrounds, are often seen to lack aspirations, with government-led policies focused on raising these and directing them towards higher education and professional careers. Our research found no evidence that young people lack aspirations. Participants’ plans for their future were rich and varied with many aspiring to the kinds of futures endorsed by government as ‘high’ – such as attending elite universities, or embarking on professional careers (including law, medicine and business or the creative and technology sectors).

It is also important to recognise that there were many things that feature in young people’s hopes for the future beyond work and education on which we focus, including having a family, making their parents happy, owning a home, travelling and helping others. Our findings suggest that young people are internalising a hierarchy of aspirations – endorsed within government policy – where certain careers and pathways get seen as valuable while others are seen as illegitimate. In this hierarchy, careers seen as intellectual and in traditional fields are at the top, while service sector work, jobs associated with the body (such as modelling, and unpaid work (such as mothering and care work) are at the bottom. Social class and gender play a role in the distinctions made between high and low aspirations. These were often reproduced within young people’s talk about both their own aspirations and the distinctions they make between ‘good’ and bad’ celebrity routes, where those associated with the feminine and working-class were given less value.

Young people expressed a range of aspirations, with many discussing both ‘ideal’ careers and ‘dream jobs’ alongside more ‘realistic’ plans and ‘back ups’ which were seen as more accessible and a safer guarantee of a secure career. Far from lacking aspirations, young people ‘aim high’ but are often unsure about how achievable these aims are. Participants expressed concern about how other factors including exam results, family and caring commitments, financial resources and fear of debt, competition and an unstable labour market might shape and restrict their opportunities. Likewise, some young people also felt that some careers or attending Oxbridge were not desirable or obtainable or ‘for someone like me’ because of their social class. Our research suggests that rather than focus on addressing a non-existent ‘poverty of aspirations’, energy should be directed towards tackling institutional and structural barriers that prevent some young people from realising their aspirations. 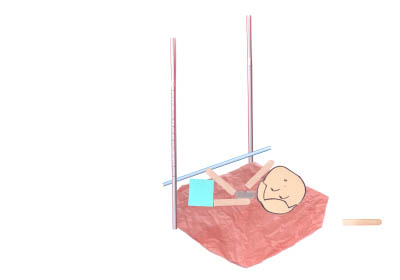 I’ve always said I wanted to be a dentist … I know it would be hard work, especially at university and things like that, but I think in the long-term it would be something that I could look back on and be like ‘Yes I am glad I have done this’. Because I think it would make you a lot of money and make you quite happy, and you meet new people every day … My other aspiration? This sounds really silly, and going from one extreme to the other, but, erm, probably I’d go into sort of fashion, maybe catwalk modelling, just because I’ve got the height and I’m quite slim, so my mum and friends say like, not if [dentistry] fails, but like you could try that as well.

So to be a policeman, I need to get all C’s and above to get to College, or else I’ll end up in Sixth Form, and having to do it all again. I don’t want to do that, I want to move out, get on, get on with my life really. Make a good start of it from the beginning. Because it’s much harder starting up, you know, starting off just in a, like you know, having to get a council flat, you know, not having a job, and having to work your way up there. If you can get a good head start then it’s almost downhill, no, you know, flat through life, it makes things a lot easier if you start off. If you put the hard work in at the beginning, than having to do it gradually through life. And then it just gets … obviously gets too much, and people get stressed out about work.

Is it really so hard to work out why some young people are having their aspirations frustrated?

Blame the kids, blame the teachers: The complexities of aspiration raising’.