THE MYTH: Young people are obsessed with celebrity culture

Celebrity culture provides a shared collection of stories through which to talk about other things, as the bible or classical mythology did for some in the past. Social media form a central part of this process – particularly YouTube (spawning its own celebrities, YouTubers) and for many, Twitter – but the ‘traditional media’ of film and television remain influential and part of young people’s everyday lives. Thus, celebrity is part of how ideas and values circulate in society – including ideas about success, aspiration, work and happiness – and so the ways in which young people talk about celebrity can give us insights into how they negotiate these ideas in relation to their own lives and possible futures. Describing young people’s celebrity talk as evidence of their being obsessed seems to be a way of refusing to listen to what young people have to say about celebrity. 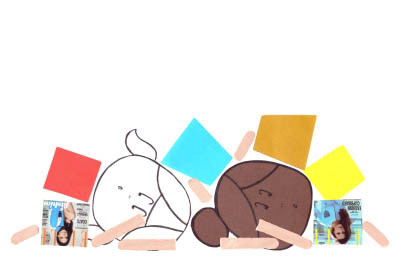 If I got the chance to be a professional footballer I’d take it, coz like I know that like it’ll be like a good job. And like I know that like people like look up to me, and want to be like me. … I’d like people having respect for me… [to] be a role model – so, when you go out you’re sensible, you don’t get drunk all the time. And …. donate money [to charity], you don’t just like sit there and do nothing.

I like Ashley Benson. … She stated, like in an interview, that there’s a lot of pressure for Hollywood stars to sort of get into stuff like partying, and drinking, and drugs. But she said quite firmly that she’s going to stay away from all that. I sort of admire her for that.

Will Smith: ‘I just want to be out there…’

What do young people think of Bill Gates?

Wolfgang: ‘I want to strive to be the best of what I am’