THE MYTH: Most young people want to be famous

Politicians, journalists and even teachers frequently raise concerns that young people just want to be famous, suggesting a detrimental effect of celebrity on young people’s aspirations. In 2013, Prime Minister David Cameron stated that too many young people in England want to be footballers or popstars. Within these debates, it is more often working-class youth and young women who are seen as having low aspirations. Our research shows that these claims are inaccurate. In our study, young people’s aspirations for their future were rich and varied, and few aspired to becoming celebrities.

As the image below shows, participants in our research, across social class or gender, spoke of aspiring to a range of careers that society would call ‘high’ such as work in professional sectors including law, medicine, teaching, science and engineering, and business through to jobs in the creative industries such as design, coding and music. Some young people showed interest in careers in policing and the armed forces, manual trades and sports.

Contrary to myths that young people view celebrity positively, many young people in our study expressed doubts about the desirability of a celebrity lifestyle including the lack of privacy and the pressure to look a particular way and get involved in drugs.

While there were some young people in the study who regarded fame as a reward of a successful career, these tended to be participants who were interested in careers where some degree of fame and public recognition is a possible by-product of career success, such as in professional sports, music or literature. In these cases, desires for fame were discussed as a way of being recognised for their achievements, being a role model to others, or providing for their family rather than as a reward in and of itself. So our findings show that even when desires for fame do appear in young people’s aspirations, these should not be dismissed as vacuous or misguided aspirations. 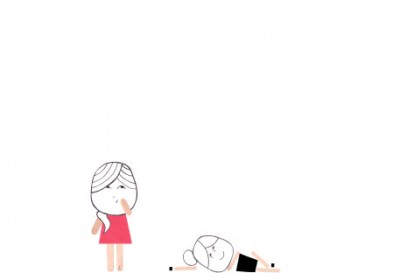 And like people wished they were rich, like Eminem. In loads of his raps he wishes he was rich, but now he says if he had a chance he wouldn’t have gone big and become rich, because he’s like trapped by fame people, like being famous. Because obviously you can’t do what you want to do. You wouldn’t be able to go McDonalds without being harassed by loads of fans.

What I want right now, in my life, is just to get good grades. … What I want is to get somewhere in life, coz if you have parents from like a different like sort of background from me…they want me to be someone that they couldn’t be, and I’m trying to do that for them…. I want to be a successful actor. For me it wasn’t all really about wanting to be famous …. I just really enjoyed it, and then my sister pointed it out to me, and said, ‘You know you could actually do what you’re doing really well, and be noticed for it’.

Mr Cameron, do you really know what young people aspire to?

They want to be famous but know it isn’t the easy route.