Politicians and commentators often dismiss young people as the get-rich-quick X-Factor generation. In 2011, Iain Duncan Smith even went so far as to suggest that “X Factor culture fuelled the UK riots … Kids believe that their stepping stone to massive money is the X Factor. Luck is great, but most of life is hard work. We do not celebrate people who’ve made success out of serious hard work”. In reality, the young people with whom we spoke valued hard work and determination and those who they saw as having struggled to overcome disadvantages to get to where they are. Those celebrities who young people saw as taking easy routes to fame – which appeared to be devoid of effort or talent such as via Reality television – were often targets of hate, disgust and disapproval.

For the young people in our research, hard work was seen as a way of overcoming poverty, racism, sexism and other forms of inequality in order to achieve success. This emphasises the power of inspirational and dedicated individuals to realise their aspirations and can be highly motivating. However, the emphasis on hard work amongst young people and across society in general is troubling as it erases the different advantages and disadvantages people may have in achieving success and ignores the impact of ongoing discrimination and inequality that shape people’s opportunities.

Like politicians, we found that young people make lots of judgements about which activities involve hard work. White middle-class men from the fields of business, science and technology and Olympians were seen as the most hard working celebrities. In contrast, those following routes to fame traditionally associated with working-class or female celebrities, e.g. modelling, football and reality television, were more likely to be dismissed as not working hard and so not deserving their wealth and fame. These judgements do not derive from objective comparisons of the work involved in becoming a sprinter rather than a footballer or working in technology rather than in modelling, but rely on and reproduce wider inequalities. 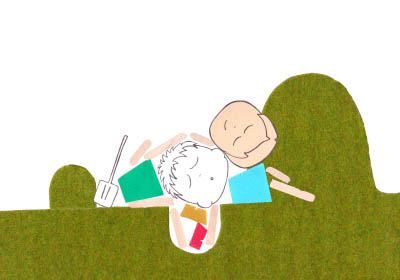 If you’ve watched the new Cadillac Records, Beyoncé starred as Etta James and she just showed her life and how it was for her, as a young woman trying to get into the music business, and trying, and how men would just like think ‘oh yeah women, all these women can’t do what we can do and all’. And it’s just like, that really like showed me that no matter what comes in your way, you can always get passed that, and you always have to stay strong.

The Kardashians are only famous for really stupid reasons, like as opposed to athletes who are famous, because they worked really hard for four years, and they come from another Olympics, they compete and work really hard against other athletes … and then they get some kind of recognition.

What do young people thing about Will Smith?